A Message from Bill Dodd

Recognizing the many contributions of African Americans  is the focus of February’s Black History Month, first celebrated nationwide 43 years ago. It’s a time to reflect on the continuing struggle for civil rights, equal opportunity and prosperity.

At the Capitol this month, I introduced bills in our state’s ongoing fight to prevent wildfires. One creates a statewide wildfire warning center while another promotes the maintenance of defensible spaces around homes. Still another deters caregivers from abandoning elders in natural disasters, including wildfires. Yet another protects taxpayers from unexpected costs for emergency response.

As always, my office is available to help you with a state agency or answer any questions you might have. You can contact me by visiting my website.

State of the State Address

In his first full month in office, Gov. Gavin Newsom outlined his vision for the future of our state. It’s a bold vision that reflects Californian’s value. Among other things, the governor wants to support healthcare, education and the environment while protecting our state from catastrophic wildfires. At the same time, he called for changes. The high-speed rail projects linking northern and southern California will be scaled back as will the controversial Delta tunnels program.

I appreciate the governor’s proposals and look forward to working with him on legislation to fulfill his plan.

Last year California spent $947 million through the emergency fund for firefighting – nearly $450 million more than budgeted, according to Cal Fire. The costs of fighting wildfires have overrun Cal Fire’s emergency budget in seven of the last 10 years. Since 2007, California has experienced 11 of the top 20 most destructive fires in its history.

To protect our budget from future unexpected disaster costs, I have introduced Senate Bill 290 along with my partners, Insurance Commissioner Ricardo Lara and Treasurer Fiona Ma.

California Disaster Insurance would function like home insurance, but for our state – allowing the state to pay a premium using a portion of existing emergency funds that would trigger a payment to the state in the event of a disaster.

It’s modeled on something done in Oregon, where officials purchased insurance protection against ever-changing wildfire costs for nearly 40 years. Oregon spent $61 million on premiums and received $102 million in insurance payments.

With the annual observation in mind, my fellow lawmaker, Sen. Steven Bradford, recorded a podcast this month with his own reflections on growing up black in Southern California in the 1960s and becoming the first African American person elected to the Gardena City Council. I encourage you to give it a listen. 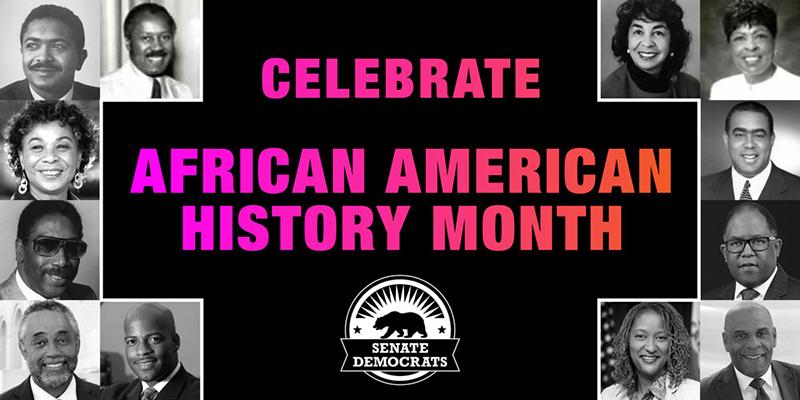 Tax Day, April 15, is fast approaching. You may qualify for tax credits or free tax preparation through the Volunteer Income Tax Assistance (VITA) Program, which is supported by the Franchise Tax Board.

For a list of upcoming workshops, please click here. I urge you to call the contact numbers listed to verify your eligibility, make appointments, and to learn what documentation may be required.

California’s Work for Warriors program matches employers with highly trained veterans who are ready to leave the military for civilian life. For more on how we can help serve those who have served us or how veterans can connect with job resources, click here.

To learn about the new CA Vets license connect with other benefits, click here.

While California has made meaningful strides in a number of areas over the last year, there is still much work to be done. Here are some of the latest news stories that may be of interest to you. As always, please contact my office if you have any questions about state policy or want to express your position or ideas for legislation.