D.S. Powell Construction Co. is Small Business of the Year 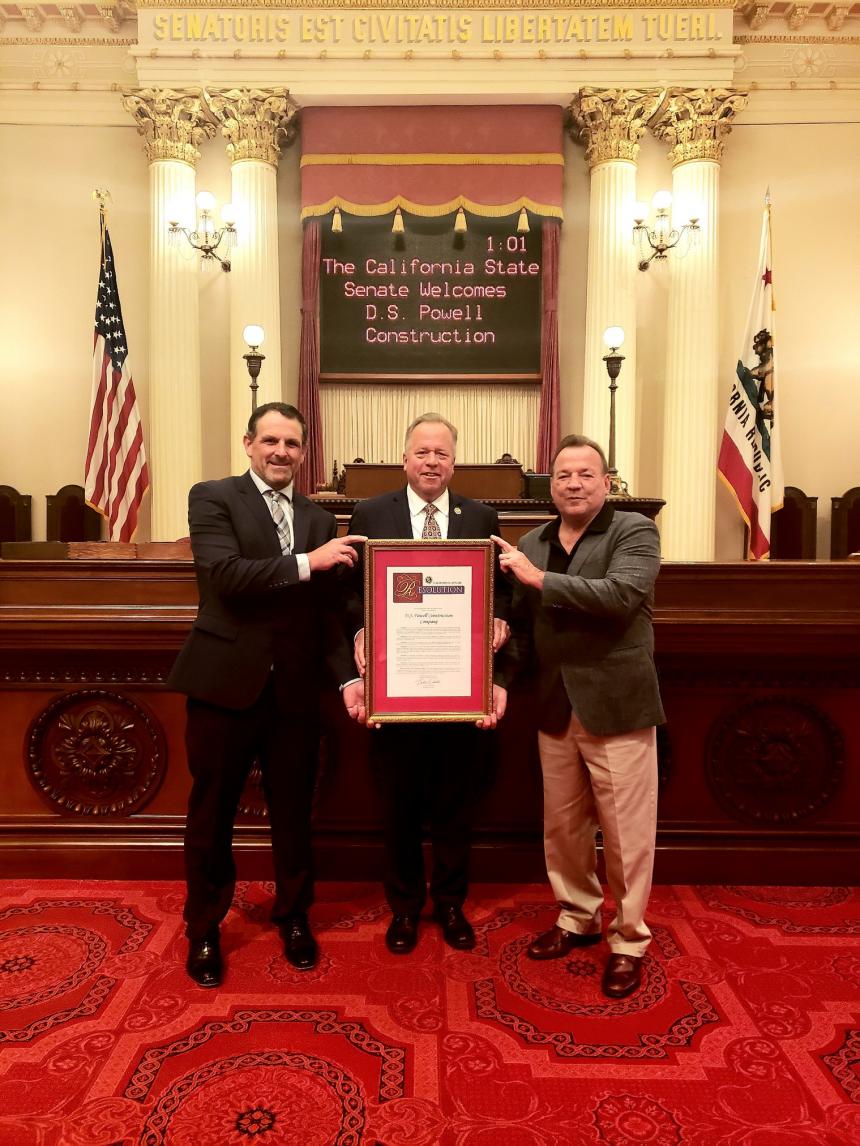 “As a small, family business, we’re honored and humbled to be selected Small Business of the Year by Sen. Dodd,” owner Dan Powell said.  “This recognition means a lot to our fine and hard-working employees as well as our family. My father and I began this company in 1977.  I know that if he were alive today he would be very proud to see my son, Joel Chessher, and I carry on his legacy, one well-built home and business at a time.”

D.S. Powell was founded by Dan and his late father, Henry J. Powell Jr. The company has become known for quality work, from small homes to large. It developed Davis subdivisions including Green Meadows, North Davis Farms, Oak Shade and Northstar. It also builds restaurants and other commercial projects. For the past eight years, Dan and Joel have concentrated on remodels and additions with an emphasis on custom kitchens and baths with extreme attention to detail and customer satisfaction.

The company has also given back to the communities it serves, donating to nonprofits such as Davis Community Garden, Woodland Parent Nursery School, Habitat for Humanity, the SPCA, Woodland Opera House and Crocker Art Museum. It also has helped people starting their own construction businesses while insisting that all of the materials it purchases are from local suppliers, keeping money in the local economy.

“D. S. Powell exemplifies the very best of what a small, community minded business should be,” Sen. Dodd said. “Not only are they doing top-notch work but they’re giving back through philanthropy and by buying locally. This is a remarkable firm. I commend them for their commitment to quality, family and community.”