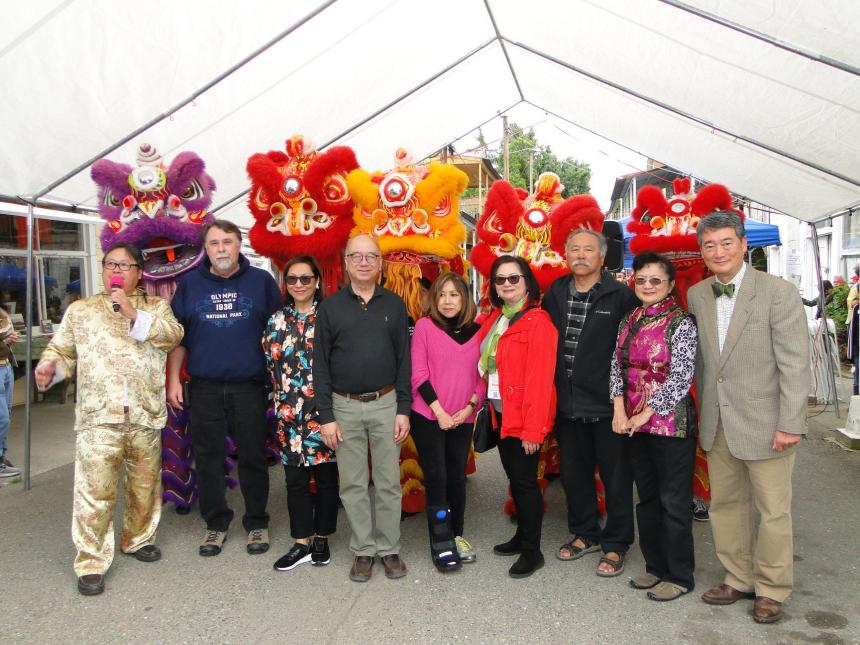 LOCKE – For its work to preserve the nation’s largest and most complete example of a historic, rural Chinese-American community encompassing more than 50 commercial and residential buildings on the east bank of the Sacramento River, the Locke Foundation has been named Nonprofit of the Year for Sacramento County by Sen. Bill Dodd.

“Locke is a significant historical place that serves as a poignant reminder of the contributions and hardships of early Chinese immigrants to California,” Sen. Dodd said. “The Locke Foundation has done important work to restore and protect this chapter of our history – as well as the rich culture of this Delta community – so that it is available for generations to come. I am honored to recognize the foundation and its volunteers for their dedication and service.”

“For nearly two decades, the foundation has worked diligently fulfilling its mission of educating the public of the history, culture and legacy of the town of Locke and surrounding Delta communities,” said Stuart Walthall, foundation chairman.  “The Locke Foundation strives to gather, preserve and share the compelling stories of those who lived the immigrant experience and, ultimately, thrived to manifest the American dream. On behalf of the Locke Foundation, I would like to thank Sen. Dodd for bestowing the honor of Nonprofit of the Year on our organization.”

Chinese immigrants began coming to the Delta in the 1860s, primarily to help build levees under an initiative to reclaim marshland for farming. They remained, settling in several communities including Locke, originally called Lockeport, which was founded in 1915. At its peak, Locke boasted a general store, a boarding house, a gambling hall, a theater and a saloon. More people came during the asparagus boom of the 1920s but the population fell into decline after World War II as children moved away to major Bay Area cities.

In 1990, Locke became a National Historic Landmark. The Locke Foundation was started in 2004, in part to educate the public about Locke’s history and legacy. Among other things, the foundation helps identify areas of preservation, collects and stores artifacts, preserves oral histories, develops interpretative services and provides tours. Volunteers staff the Boarding House Visitor’s Center and the foundation organizes annual events, such as the Locke Asian Pacific Spring Festival on May 21.