Sonoma Ecology Center is Nonprofit of the Year 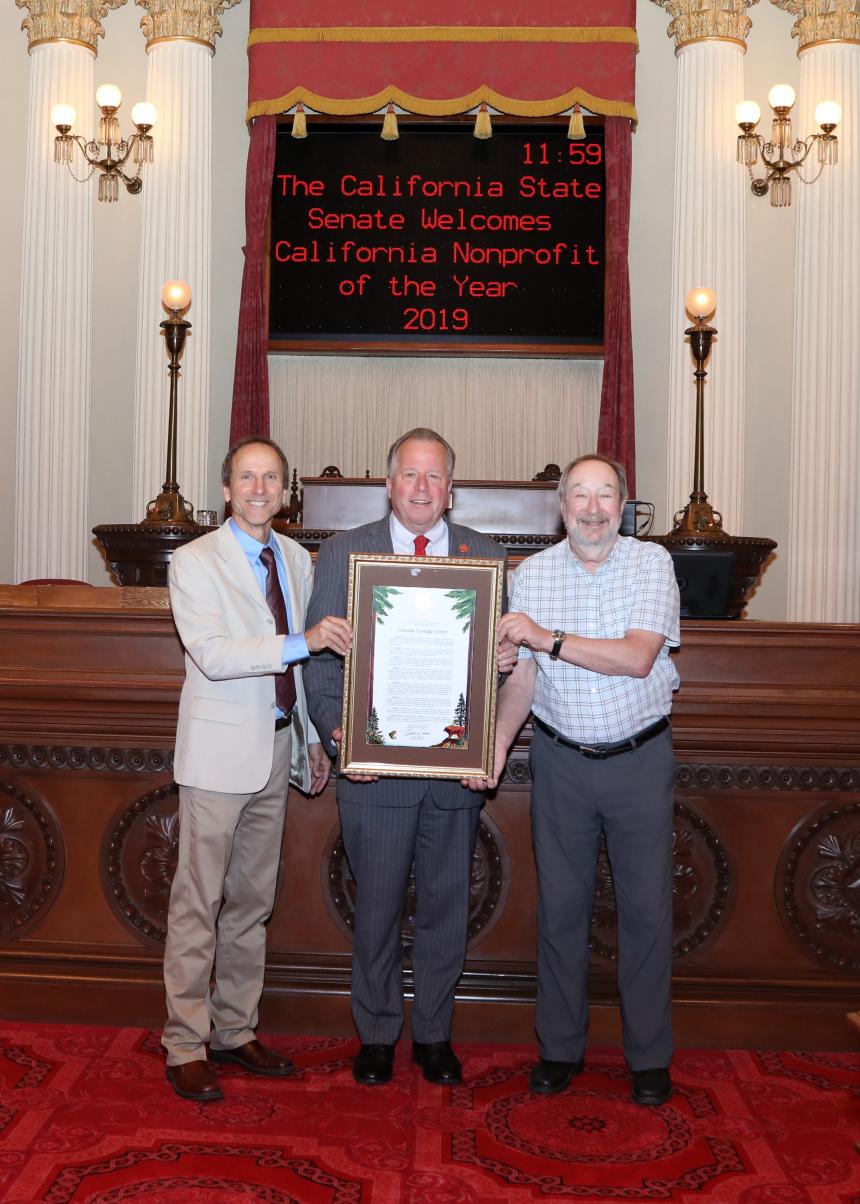 SONOMA – Sonoma Ecology Center, which has a nearly 30-year history of environmental stewardship and preservation in the Sonoma Valley, and most recently has taken leadership roles in regional wildfire recovery and the transition of Sonoma Developmental Center to local control, has been named Nonprofit of the Year by Sen. Bill Dodd, D-Napa.

“We've worked for decades to engage our community on critical issues, like the future of the Sonoma Developmental Center campus, and to bring people together to find the best solutions,” said Richard Dale, executive director. “We’re honored to be recognized for this work, and owe our successes to our community.”

Sonoma Ecology Center was founded in 1990 and focuses on addressing challenges to key resources such as water, open space, wildlife and maintaining the area’s rural character. It has worked to preserve and enhance such places as Sugarloaf Ridge State Park while fostering K-6 education programs, restoration projects and research into issues like watershed management and stream flow.

Recently, the Sonoma Ecology hosted public walks through wildfire-charred parts of the valley and Sugarloaf to study recovery. It also produced extensive wildfire destruction mapping to aid in cleanup of contaminants that could wash into creeks. The nonprofit is headquartered on the grounds of Sonoma Developmental Center and has been closely involved in community discussions about protecting the facility’s open spaces.

“I am constantly amazed at the impact Richard Dale and his group have had on our community,” Sen. Dodd said. “They’ve shown time and again their commitment to environmental stewardship while keeping the best interests of the public in mind. They are a model for others to follow. We’re fortunate to have them in our valley.”