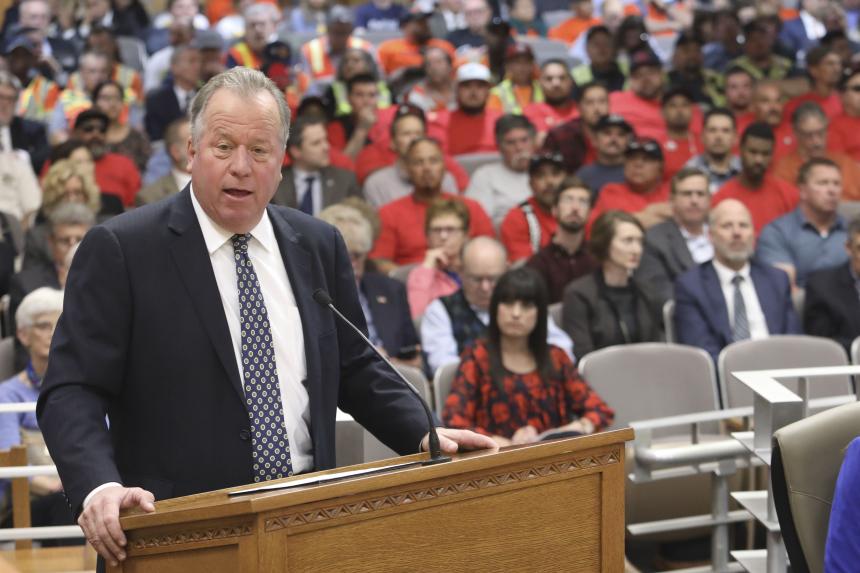 The bill comes in the wake of the devastating October wildfires that left many evacuees and victims unable to open their garage doors to flee the flames. The remains of at least five victims were found where the garages once stood.

“We absolutely cannot allow something like this, that is so easily corrected, to happen again,” said Senator Dodd, D-Napa. “My bill requiring garage doors to have backup batteries will ensure no one is left vulnerable in the event of a future power failure during such a calamity.”

The senator is personally aware of the peril posed by power failures in the face of emergencies. He was forced to evacuate his own Napa home the night of the fires and could not open his heavy wooden garage door because power was out in his neighborhood. While garage door motors can be disconnected and opened manually, many people, especially seniors, find it difficult or impossible to do so.

“Most people don’t think about this until it is too late,” Dodd said. “My goal with this bill is to raise awareness and give people the security of a battery backup.”

Senate Bill 969 cleared the Senate Transportation and Housing committee Tuesday afternoon with overwhelming support. It heads next to the Senate Judiciary committee and later, a full house vote.

The bill is supported the Consumer Federation of California. It is co-authored by Assemblymember Cecilia Aguiar-Curry, D-Winters.

“The tragic lesson of the recent fires is that we need to have backup systems so residents are not trapped,” said Richard Holober, executive director of the statewide consumer group. “This is an important measure that will protect people when the power goes out.”

Residents who experienced firsthand the terror of being trapped in the garages while trying to evacuate the approaching firestorms applauded its advancement. Santa Rosa resident Cheryl Diehm, who was stuck in her Oakmont garage as flames approached, testified it was much-needed.

“This bill will go a long way to helping people in California to be better able to survive any future natural disasters,” said Diehm, whose home was ultimately spared by shifting winds.

Senator Bill Dodd represents the 3rd Senate District, which includes all or portions of Solano, Napa, Sonoma, Yolo, Contra Costa, and Sacramento Counties. You can learn more about the district and Senator Dodd at www.sen.ca.gov/dodd.