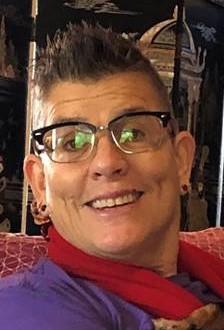 ISLETON – The Mei Wah Beer Room, a popular tavern owned by City Councilmember Iva Walton that helped revitalize the town while preserving its Chinese-American history – all while remaining open for take-out orders during the coronavirus pandemic -- has been named Sacramento County Small Business of the Year by Sen. Bill Dodd.

“I have been a craft beer enthusiast for at least 30 years,” said Walton. “Mei Wah Beer Room is the culmination of this passion and the desire to present amazing local craft beer in the unique historical town of Isleton.”

“Iva’s commitment to Isleton, craft beer and the town’s Chinese heritage is remarkable,” Sen. Dodd said. “I’m proud to recognize her significant contributions to Isleton and the Delta. Small businesses are the cornerstone of local communities. With the current pandemic, it’s more important than ever that we recognize and support our local small businesses.”

Walton opened her business in 2017 after a lengthy renovation of the building said to have been a gambling hall, boarding house, opium den and brothel. It was originally owned by Isleton’s Chin family, who named it Meh Wah, meaning beautiful place. Walton spent a year furnishing it with antiques from the 1800s including an opium bed, a dragon head mask, original Qing Dynasty-era pennants and a decorative display case with Chinese figurines. The main bar was in a scene from the movie “Basic Instinct” with Sharon Stone.

The business, which offers a rotating menu of 22 craft brews as well as non-alcoholic draft kombucha and nitro coffee, has served drinks and snacks on a take-out basis during the coronavirus pandemic. Iva’s commitment to Isleton is strong. The former Oakland resident was elected to the Isleton City Council in 2018. She has also served on the board of the Isleton Chamber of Commerce.