CalChamber’s Susanne Stirling is Sacramento County Woman of the Year 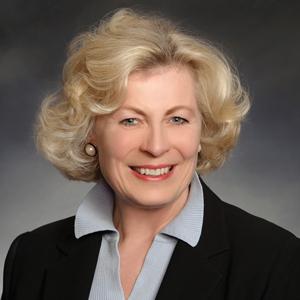 SACRAMENTO -- Susanne Stirling, vice president of international affairs for the California Chamber of Commerce, has been instrumental in fostering economic development and cooperation between the state and other countries during the pandemic. For her service, Sen. Bill Dodd has named her Woman of the Year for Sacramento County.

“In many ways, California’s economy is tied to international markets, and Susanne brings a level of experience and knowledge that is critical as we successfully and safely reopen our state,” Sen. Dodd said. “She has been an ambassador for international trade for many years and has continued to serve with distinction as we weathered this historic public health crisis. I’m proud to recognize her for her efforts to help our state’s business community.”

﻿“I am deeply appreciative to Sen. Dodd for this recognition,” Susanne Stirling said. “During this challenging time in our world with global-wide trade disruptions, my focus is to assist with the state’s economic recovery on behalf of the CalChamber through our international ties. International trade is a major part of the economic engine that benefits businesses, communities, consumers and our state’s prosperity.”

In addition to her work for CalChamber, Susanne serves other key roles. She is an appointee of the U.S. Secretary of Commerce to the National Export Council, serves on the U.S. Chamber of Commerce International Policy Committee and is an alternate board member with the California International Relations Foundation.

Previously, she was an appointee of Gov. Jerry Brown to the California International Trade and Investment Advisory Council and served on the boards of the International Diplomacy Council, the World Affairs Council of Northern California, the Danish-American Chamber of Commerce and the Chile-California Council.

She is a Walnut Grove resident and native of Denmark.